Reflections on Stump & Company’s 50 years in the industry

In 1972, Ralph Stump incorporated Stump Financial Corporation (SFC) and began an entrepreneural journey that has helped shaped many families and much of an industry. Ralph was a strong financial analyst, terrific salesman, hard worker and a company man. He had worked for large companies along the way: Ford Motor Company, The Pillsbury Company, and eventually found himself in the C-Suite of what is now CIT Financial Corporation. His deep knowledge of the furniture industry was due to his CIT work in asset based lending, factoring of receivables, and commercial lending. He made start up loans and growth capital loans to many of today’s leading companies. 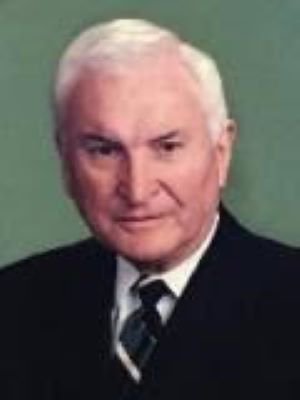 But Ralph always longed to start his own business, and wanted to return to North Carolina – where he grew up – to raise his young family . So he quit the big company gig, moved to Charlotte, N.C. and went out on his own, hanging a shingle as an “advisor to the furniture industry.” He effectively converted his many banking/factoring clients into Stump clients, advising on mergers & acquisitions, financing alternatives, real estate acquisitions or divestitures, and corporate valuations.

The early to mid 1970s were challenging due to the oil embargo and choppy economy, but SFC was successful from the start. Ralph loved to keep detailed books and records, and he was proud that he always increased his net worth every year. The furniture industry was consolidating in the 70s and 80s and Ralph was in the middle of most of those deals back then. He developed many patterns early that
still exist today: attending all the relevant markets, showing up early and staying late, and distriburing newsletters far and wide (well before before email) that became legendary in the industry.

Ralph was a family man, and he and Nancy loved to travel together, mixing business with pleasure. His business prospered due to hard work and staying on the road. Business took him all over the U.S., and bigger annual trips led to he and his wife visiting over 150 countries. Their two boys had emerging careers: Randy in industrial real estate brokerage, and Tim in corporate finance and M&A.

Then an unusual event happened. Both Randy (in 1989) and Tim (in 1990) joined Ralph to expand and formalize the business model beyond Ralph’s solo-practitioner approach. Randy’s deep knowledge and experience immediately super-charged the real estate focus of the business. And my M&A experience and private equity background added depth to the booming merger advisory work. The combination of these three professionals and family members worked well. And the looming growth of China led to closure of over 300 furniture factories, and Stump sold almost all of them. In 2001, Ralph insisted that I go to China and “figure it out.”

Ralph was a master strategic thinker, and early in the process structured separate legal corporations for each business: The Stump Corporation, owned by Randy to focus on the real estate brokerage, and Stump & Company, owned by myself to focus on the M&A business. Both companies grew and thrived independently, while also working together when possible where skills from both groups were required.

In 2005, Ralph retired knowing that both of his boys and companies were in good hands. The plan worked out just fine. A bit surprisingly to all involved, the story did not end there. Randy welcomed his son into the real estate business in 2011, who now helps run the thriving industrial real estate brokerage. And I was joined by my two children, Stuart Stump Mullens (in 2016) and Bo Stump (in 2019) to assist with the M&A business. The company has also now expanded to cover furniture, broader furnishings, and related
industries.

This year the company and its principals are celebrating its 50th year of business, knowing that Ralph would be proud of the legacy he created for his children and grandchildren.

Stuart Stump Mullens named in 40 under 40

Stuart Stump Mullens named in 40 under 40

The 2017 M&A climate was robust, at levels not seen since before the 2008 crash. This meant a terrific year in furniture acquisitions and for Stump & Company.
Jan. 15, 2018
Company News

The 2017 M&A climate was robust, at levels not seen since before the 2008 crash. This meant a terrific year in furniture acquisitions and for Stump & Company.
Read More Jan. 15, 2018
Company News

We are now entering Month 6 of the COVID crisis; while no immediate solution appears imminent at the time of this writing, we remain optimistic a vaccine and/or effective treatment will arise in the coming months and help us beat back the virus.
Aug. 3, 2020
Company News

We are now entering Month 6 of the COVID crisis; while no immediate solution appears imminent at the time of this writing, we remain optimistic a vaccine and/or effective treatment will arise in the coming months and help us beat back the virus.
Read More Aug. 3, 2020
Company News